For the past 80 years, with the support of its membership and its supporters, The Indiana Sheriffs’ Association (ISA), has proven itself to be an asset to both those in law enforcement and the citizens of Indiana. The Indiana Sheriffs’ Association was first established in 1930 to promote better communication and exchange of information between the sheriffs and law enforcement personnel. In 1977 the association was incorporated as a not-for-profit organization and began to focus on providing education and training for sheriffs and department personnel throughout the state that was not otherwise available. The association continues to provide many training and educational programs for sheriffs and other law enforcement personnel. The association also provides college scholarships to qualified recipients and two annual leadership camps for teenage boys and girls each summer. The association is a membership organization that is supported and funded entirely from membership dues, corporate sponsorships, advertising in The Indiana Sheriff magazine and donations from individual and business members for special events.

Effective January 1, 2003, Zachary’s Law requires sheriff departments to jointly establish and maintain the Indiana Sheriffs’ Sex Offender Registry. This ISA website serves as an important resource for detailed information about individuals who, by law, must register as sex or violent offenders when moving into an Indiana county. The purpose of the new Federal registry is to inform all citizens about the identity, address, and appearance of those convicted of being sex and violent offenders who live, work, or study in Indiana. For more information, visit www.icrimewatch.net/indiana.

Your ISA has an important role in helping Indiana sheriffs and their personnel keep up to date on national and state legislative issues, new laws and mandates, and providing training to increase knowledge and skill sets. To be able to maintain current programs and keep pace for additional funding, the ISA has started a statewide re-branding, marketing and advertising campaign. The ISA is celebrating their 80th Anniversary (1930—2010), and under the leadership of new Executive Director, Steve Luce, the organization has undertaken a new and exciting challenge. “Building Communities of Trust in All 92 Indiana Counties” is the new mission and slogan of the eighty-year-old professional organization.

One of the many goals is to build better community awareness of the ISA and its many roles by increasing membership. The association plans to increase associate memberships by 50% by the end of 2011. Currently, the majority of paid individual and family dues are by members 45 years of age and older. The association wants to attract a younger demographic and is focusing on high school students, college students, and young families to get them involved in the many benefits the ISA provides.

After thoroughly researching membership renewals, Director Luce has determined that some members do not renew their membership due to issues with their county sheriff or members of his department. To alleviate this problem, the ISA Board of Directors has authorized the association to act as the point of contact for any member who feels they have concerns or issues with their county sheriff.

In the next 20 years leading up to the 100th Anniversary of The Indiana Sheriffs’ Association, the membership and supporters can expect to see many positive changes. This is all being done to ensure that the integrity of the Indiana sheriff is maintained and is the foundation on which we will all work together “Building Communities of Trust in All 92 Indiana Counties.”

A Message from Stephen Luce 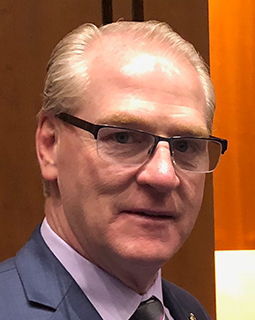 This Association is formed for the purpose of promoting the general public welfare through the cooperation of the different sheriffs and deputy sheriffs in the State of Indiana in the performance of their duties.

In carrying out this purpose the Association shall act as a coordinating, educational and service organization for the ninety-two (92) county sheriff’s departments to promote and improve the delivery of county sheriffs’ services, foster professionalism through the criminal justice system, and to encourage the appreciation and practice of law enforcement in the State of Indiana.